A Social Observation:  How We Let Ourselves Be Lied To All Election Season

Social Media Skewed Our Perception of this Election

Whew!  Can we all just give ourselves a hug right now?  We just survived one of the hardest political seasons in our lifetimes and the division isn’t even over yet.  But for something that was so, so huge that came to a head on one day, I know we were all paying attention.  And, I know that we were all skewed. 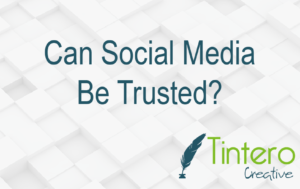 You go through election seasons and you usually fall into one of three camps:  those that don’t talk about it at all, those who are willing to dialogue, and those that just want to shove their ideals in your face.  Not only that, but you probably fell into one of four categories this year:  #imwithher, #imwithhim, #imwitha3rdparty, or #imwithnoneofthem.  And, as you went throughout the campaign, you probably started noticing some trends, which may or may not have skewed your perspective of the election.

Facebook skewed your view.  Thanks a lot Facebook!  You led me to believe that my candidate, who all of my friends are sharing positive articles about, who all of my friends are liking posts about, and who is all I see all day in a positive light on my newsfeed, was going to win.  You see, Facebook has an algorithm, like most social networks do simply because there is too much information to digest if they didn’t have one in place.  That algorithm starts to learn what you want to see more of.  So, if you were a Hillary supporter, odds are, you liked a few posts your fellow-Hilary supporter friends posted.  The more you digitally endorse those kinds of things, the more likely you are to see other posts by other fellow-Hillary supporting friends and on and on it goes.

Not only that, but I’m guessing there were a few friends who incited so much anger out of you because of their pro-whoever personality that you hit that fun little “unfollow” button.  While this button is personally a lifesaver for so many different scenarios, this also slowly skewed your perspective and you did it to yourself.

Facebook also is trying to keep fake news out of their algorithm, but with so much content being created so fast, they’re clearly still struggling.  This is why there were actually a ton of false stories floating around on news feeds.  You probably saw some and believed some of those lies.  Zuckerberg says they’re trying to keep these stories out of the mix, but it clearly wasn’t achieved this election season.

The Media Skewed Your View.  So many people were surprised on Tuesday night because the media had been so slanted in Hillary’s favor, for most of the election.  It’s always hard to know who to trust in an election.  We all know the Fox’s and the CNN’s of the media world have a clear side they pick.  Yet, even still, knowing that the media is skewed, so many people thought it would be a landslide in the complete opposite direction.  And, this year the media was really slanted!

“Hillary Clinton today is more likely to win in a landslide that would not only have an impact on this race but realign the country politically to some extent, then Trump is to win at all.” – Mark Halperin, of Bloomberg politics

“This could be tight, or it could be a landslide for Hillary,”  – MSNBC’s Joe Scarborough

Now, if you’re like many of the Gen X and Millennial generation and you’ve switched over to getting your news via social media, you were doubly skewed.  Did you know, 62% of people admit to getting their news from Facebook?  So, that’s a huge percentage of people trusting media outlets, but ALSO trusting an algorithm that is always skewed in some way.  It’s no wonder we were so surprised!

I voiced this wonder to some friends during the election, wondering how just how skewed my vantage point was based on the things that I chose to follow, unfollow, or interact with on social media.  Clearly, I wasn’t the only person.  As we let social media have a place in our lives, let’s remember it’s flawed, people are flawed, and the news can’t always be trusted!

Cheers to the 2016 election season being done! Hallelujah!!

Click HERE to submit a request for our team.